Good day.
Recently I had to do a clean install of Windows 10 Home on one of my PCs. Before I did this I was connected to my WHS 2011 server and I had Lights-Out Client (2.5.1.3905) installed and running well.
I first removed the computer (named Test-PC) from the server and uninstalled both Lights-Out and the connector but I archived the client backups for it.
Once the clean install was complete (I used the same computer name Test-PC), I downloaded the connector from the server and successfully installed it. I also installed Lights-Out from the server but was getting the below strange indications:
- Lights-Out icon in task bar will mostly be displaying as off-line but will intermittently blink on then back to off.
- In dashboard under computers and backup it shows as online and it after I waited for a while it successfully ran an automatic backup.
- Under the Lights-Out tab (Computers), it shows as on-line but backup provider = no provider and last back-up was showing running and 98%.

I have uninstalled and reinstalled Lights-Out 2 client and the connector numerous times now and I have also left it running for over a day to see if it would sort itself out but no luck.
I was wondering if you could give me any ideas what the issues could be. Let me know if you need any further information. 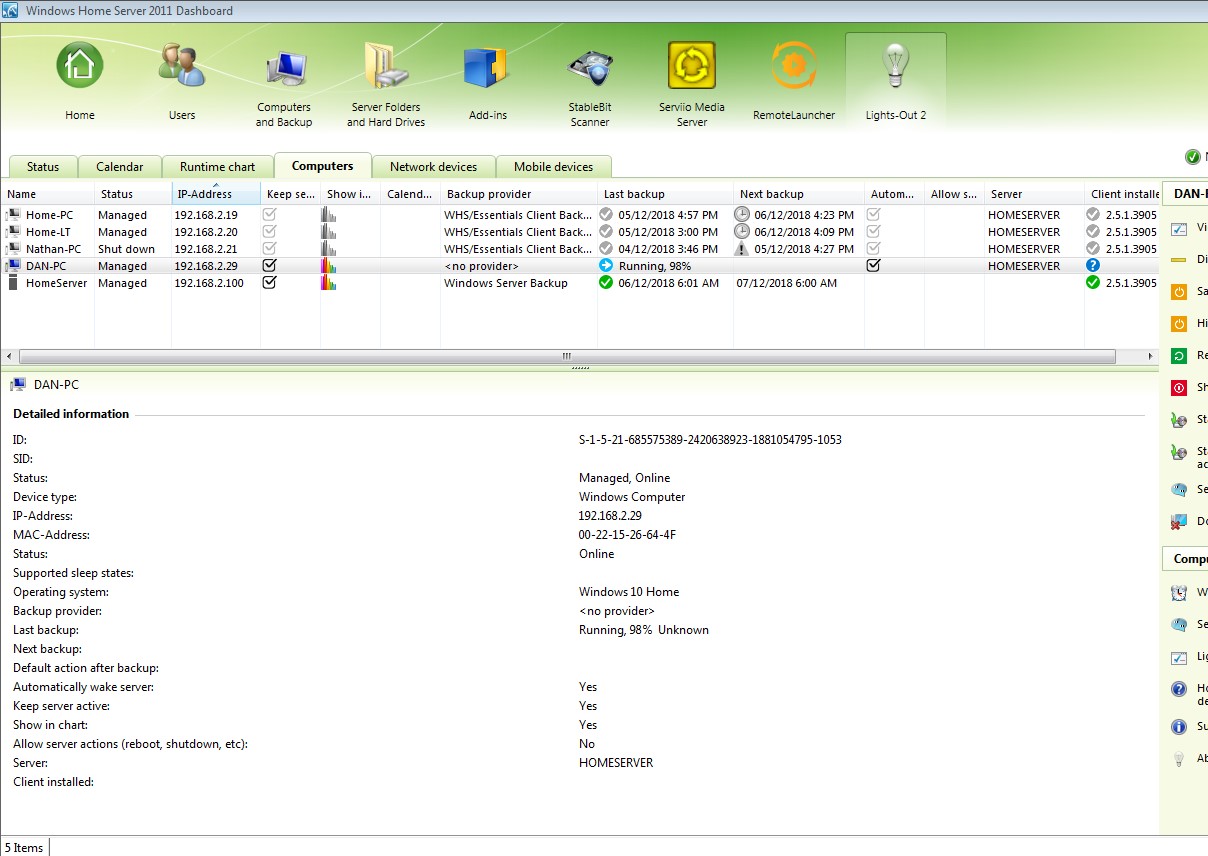 I was finally able to successfully install Lights-Out 2.
After going through some of the posts, I came across the one "Lights-Out 2 Client Setup - fail" by Jules on 9 Nov 2017, 17:45.
I used the instructions given my Martin (mostly anyway) to fully remove the old Lights-Out install and reinstall it.